TNT Renews Dallas for a third season in 2014 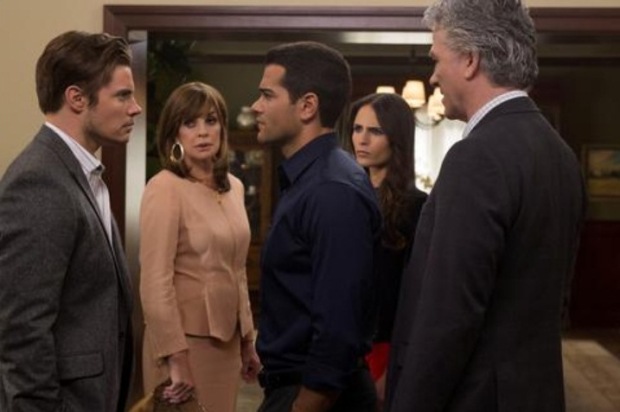 Well, I have to admit I had my doubts, but the powers-that-be at TNT are sticking with the Ewings and giving them another season to see who will “rise to supremacy.”

Here’s a snippet from the official TNT release:

TNT has renewed the hit drama series Dallas for a third season. Produced by Warner Horizon Television, Dallas centers on the Ewing clan, an enormously wealthy Texas family whose sibling rivalries, romantic betrayals, corruption and even murder are truly legendary. TNT has ordered 15 episodes for the third season, which is slated to launch in early 2014.

“Dallas has built a passionately loyal following with its expertly woven storylines, clever twists and turns, and numerous outstanding performances by a cast that spans generations,” said Michael Wright, president, head of programming for TNT, TBS and Turner Classic Movies (TCM). “Although we said goodbye to Larry Hagman and his iconic character J.R. Ewing this year, Dallas has many more stories left to tell, and the Ewing clan will continue to honor J.R.’s memory by keeping its audience surprised and delighted.”

Dallas launched on TNT last summer and ranked as basic cable’s #1 new drama of 2012 with key adult demos. In its second season, Dallas has averaged 3.8 million viewers in Live + 7 delivery, with 1.6 million adults 25-54 and 1.4 million adults 18-49.  Created by David Jacobs and developed by Cynthia Cidre, Dallas is executive-produced by Cidre, Michael M. Robin and Robert Rovner. The series is shot on location in the title city.

I was a wee bit rough on them in my second season critique this week but I’m definitely pleased to learn that we’ll have another round of Ewing drama next year. See y’all then!