Monday’s Memory: The Many Loves of Cliff Barnes 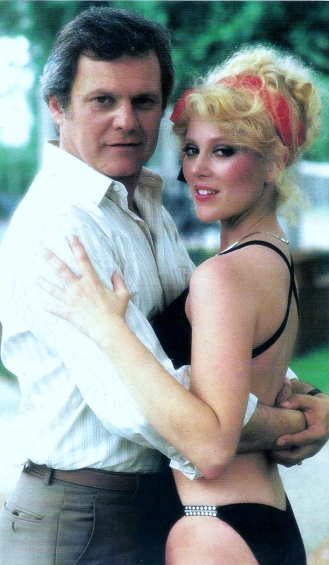 Afton Cooper was the love of Cliff’s life.

Who would have thought that ole Cliff Barnes would end up owning Ewing Oil. That’s the scenario when Ken Kerchevel returns to the role he made famous on the June 20 episode of TNT’s Dallas revival. While it’s true that JR got the best of Cliff over the years even though Cliff would occasionally fall into some luck, it’s an amazing turn that Cliff managed to take back what he believed to be his father Digger’s due: Ewing Oil. But will it be a happy Cliff we get reacquainted with on Wednesday? If a leopard truly cannot change its spots, then odds are this isn’t the case. As Billy Dee Williams told Diana Ross in the 1970s flick “Mahogany,” success doesn’t mean much if you don’t have someone to share it with and Cliff has blown many chances at happiness with women over the years. For all the talk about Cliff being a loser, he got a lot of action with the ladies and more often than not he and JR courted in the same back yard. Cliff’s interest in a woman usually started because she had some connection to JR that he wanted to exploit. In the first full season of Dallas, he bedded Ewing Oil secretary Julie Grey (Tina Louise of Gilligan’s Island fame), who was JR’s disgruntled mistress (is there any other kind?), and convinced her to steal top Ewing Oil secrets for him. The Red File caper cast suspicion on Cliff’s sister Pam, who was cleared when Julie fessed up. Continuing his strategy of wooing women with a grudge against JR, Cliff graduated to a scandalous affair with Sue Ellen that put the parentage of baby John Ross into doubt for a while until blood tests proved he was JR’s boy. Cliff loved Sue Ellen, but didn’t hesitate to ask her for money when one of his many disastrous business ventures tanked. Feeling used, a hurt Sue Ellen realized Cliff was just a second-rate version of JR.

The ill-fated Julie Grey was one of many women to betray JR for Cliff. 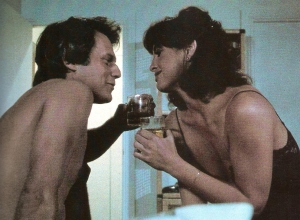 Cliff’s affair with a vulnerable Sue Ellen was a classic mess.

Cliff pined for Sue Ellen even as he lucked into a relationship with sexy Afton Cooper (Audrey Landers), an ambitious singer who relocated to Dallas from Mississippi after her brother Mitch married Lucy Ewing. Afton, who was fooling around with JR in the hopes of advancing her singing career, dated Cliff at JR’s behest and even drugged him once so JR and his boys could search Cliff’s pad. Afton truly loved Cliff despite his flaws and stood by him through some major highs and lows as Cliff evolved from disgraced politician to up-and-coming oil baron, thanks in large part to the reappearance of his rich mother Rebecca Wentworth. Although Cliff was creating his own power base with his mother’s help, he could never let go of his obsession with beating JR and Ewing Oil. His fixation became a poison that destroyed his relationships. Slipping between the sheets with Marilee Stone, the lustful queen of The Cartel, to plot against JR caused a rift with Afton that weakened her resolve to fight for their love and she left him.

When Afton was away, Cliff would play with the voracious Marilee Stone.

A few years later, it was learned that Afton bore Cliff a daughter she named Pamela Rebecca. Time will tell whether there’s a link between Cliff’s daughter and the young woman named Rebecca Sutter who just married his nephew Christopher. Stung by Afton’s abandonment, Cliff met model Mandy Winger (Deborah Shelton) and hit the Dallas social scene with the dark-haired beauty by his side. True to form, Cliff soon showed more interest in the tomboyish Jamie Ewing (Jennilee Harrison), a distant Ewing relative with whom he plotted to get a piece of Ewing Oil. An outraged Mandy suggested Cliff marry Jamie to get a legal claim to her share of the company and then began a long affair with JR. It was the first time Cliff had enjoyed a woman’s attentions before JR and he still managed to lose her! Rather than mourn the loss of smoking-hot Mandy, Cliff took her advice and married Jamie and of course the marriage was a disaster. Although Jamie was a savvy and caring wife, Cliff just wasn’t into her and when Marilee came sniffing around again she got a one-way trip into a swimming pool courtesy of Jamie. In the end, Jamie failed to save her marriage and left town, eventually dying in a freak mountain-climbing accident, leaving Cliff an undeserved piece of Ewing Oil after all. Although a string of women passed through Cliff’s life in Dallas’ waning years (including a brief appearance by current Dallas star Brenda Strong as a big-haired one-night stand), it was Afton who emerged as the woman he was sorry got away. In the 1996 reunion movie Dallas: JR Returns, Cliff tried to rekindle the flame with an understandably hesitant Afton so one has to wonder whether there’s a reunion in the offing for the hapless oil baron and his devoted songbird in the new Dallas. In the meantime, order up some Chinese take out and enjoy visiting with Cliff again on June 20.

Cliff lucked into a relationship with model Mandy Winger only to lose her to JR.

4 thoughts on “Monday’s Memory: The Many Loves of Cliff Barnes”